I’ve been a recent convert to the Mitch Rapp novels by the late U.S. thriller author Vince Flynn, starting with The Last Man and then moving onto earlier books. Flynn’s style is realistic action with sharp prose and multi-dimensional characters – even when they are psychopathic terrorists or narcissistic congressmen. But what I like most about the Rapp character is his doggedness to do what is right, regardless of the impacts on the people around him, even his closest all allies and friends. Saving the world always comes first despite the costs. 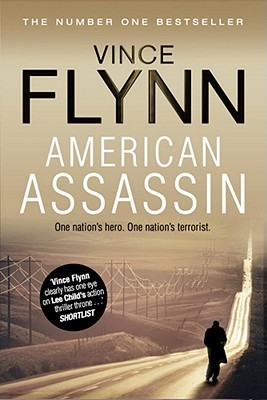 American Assassin was the second Mitch Rapp novel that I read, a great origin story for Mitch Rapp, a CIA government assassin. Flynn turned many conventions of the genre on its head, taking the Jack Reacher model of hero development in that when the good guy takes a hit, he hits back harder, unrelenting and without mercy until his foes are utterly destroyed. Some bad guys don’t deserve to live, and characters like Mitch don’t have any regrets at taking on the role of judge, jury and executioner.

[Warning: if you read further, be aware some mild spoilers are found in this review for both the novel and the film.]

There is a great scene in American Assassin where Rapp meets his future mentor, Stan Hurley, a veteran CIA assassin who knows every trick in the book and is more than capable of putting any punk drafted into his training program back in their place. Hurley’s the guy who is supposed to expose Rapp’s weaknesses of character, make him a better agent. But then they go one on one, so Hurley can assess Rapp’s weak spots, break him down before he builds him up again. Problem is, Rapp doesn’t have any weakness and beats Hurley at his own game, crushing him during a dirty tricks fist fight. Immediately we see a change in dynamics. Rapp proves that he is more than aptly qualified in taking down terrorists, and Hurley doesn’t like it.

Rapp origins is circa 1980s when he joins the CIA’s Orion Team, a covert off the books group trained and commissioned with taking down Islamic fundamentalist terrorists across the Middle East, West Asia and North Africa without having to wait for authorization from Congress. When Mitch completes his training, he is sent to Istanbul for his first assassination of an arms dealer, then Germany to follow the money provided by the nefarious Russian Mafia, and finally Beirut during the height of the country’s civil war to rescue American hostages from the various terrorist organisations killing each other in the country.

Flynn certainly knows his Middle East politics and radical Islamist, allowing him to aptly build a compelling and fascinating tale. We also get to see Rapp at his calculating best, able to infiltrate his way into a terrorist organization and trick them into bringing him face to face with the hostages he has been sent to rescue, and then efficiently and calculatedly taking them all out. The novel most definitely demonstrates why Vince Flynn is considered one of the best in the action thriller genre. 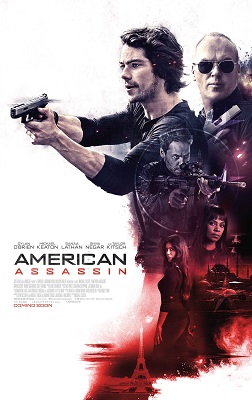 I’m a firm believer that films and television shows, and the novels they are based on, are very different mediums. One medium is not necessarily better than the other, just different. Films are great at showing us much in the visuals and sounds of a scene that might take paragraphs to describe in a novel, and dialogue can be shorter because the actors can express so much more through unspoken emotions. I therefore was expecting a different story for the film American Assassin, and I was okay with that. What I wasn’t expecting was a depowering of Rapp (Dylan O’Brien), and a simplification of the Islamic fundamentalist world Rapp operates in by taking it away from the plot all together. Rapp with Middle Eastern terrorists is a bit like James Bond without megalomaniac deformed villains.

On the first point, in the movie Rapp comes across as a hot headed, loose cannon who needs to be reined in by Hurley (Michael Keaton) and the CIA team. Then to really ruin it, the Hurley in the film is a far more capable warrior than Rapp, able to put the young rookie agent in his place with a few simple punches. The Rapp of the movie is a weakling compared to the books. Combine this with his recklessness, and what you get in the film is an absence of all the cool moments when Rapp can take control of a situation and command spectacular outcomes, even when outgunned.

The second problem was the ho-hum plot. Rogue CIA agent who was trained with the same skills as Rapp feels betrayed by his own people, has a tantrum and therefore extracts revenge by stealing a nuclear weapon and threatens America with it. How many times have we seen this plot before? I’m not sure if a similar plot was adapted from one of the other Mitch Rapp novels I have yet to read, but it didn’t feel like something Flynn would have written. I wish they’d stuck closer to the original American Assassin plot here, and made the story more interesting than it was.

Keeping on the plot, the whole complexity of Middle East fundamentalist insurgency was ignored other than a light introduction to Rapp’s character. The physical Middle East setting was also absent, and instead focused entirely on what a significant number of Hollywood films consider to be the only overseas location for spy movies: Europe.

But I do appreciate the Middle East situation is complex, and for most cinema-goers, they don’t want a lesson on politics. Why complicate an action piece with a geopolitical nightmare few really understand, let alone have any real solutions for the mess? So I can understand why the Middle East was played down, but I wish the director and writers hadn’t.

Vince Flynn’s American Assassin the novel is excellent, the movie not so. The latter is far better than the worst Tom Clancy adaptation, but nowhere in the same league as Matt Damon’s Jason Bourne films or Daniel Craig’s James Bond. The United States really needs a new good spy character to build a franchise upon, unfortunately I don’t think this adaptation is going to allow that to happen.

Aiden L Bailey is an international bestselling thriller author from Australia. Formerly an engineer, he built a career marketing multi-national technology, heavy industry and construction companies. His various roles have included corporate communications with the Australian Submarine Corporation, technical writing for several defense contractors, engineering on a petroleum pipeline constructed in the Australian desert, and a magazine editor and art director. He has travelled widely in six continents and his experiences are the basis of many of his stories. Aiden lives with his wife and daughter in South Australia. View all posts by aidenbailey